Bounce back from getting fired 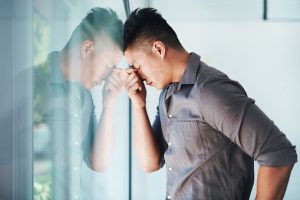 During the course of even the most successful careers, there may be incidents of abrupt and unexpected job endings. Though it may seem traumatic at the time, getting fired can ultimately improve your focus, confidence, and overall career resilience.

A recent study of executive leaders conducted for the book The CEO Next Door revealed that many of those interviewed had been fired during their careers, and that a large majority of them landed their next job reasonably quickly and at similar or higher levels of seniority. While this study focuses on executives, most of the findings relate to workers at any level.

The study also indicated that having a failure in their backgrounds could prove an asset, as previously-fired executives could demonstrate more convincingly than other candidates that they had learned from failure and gained resilience, adaptability and increased self-awareness.

In particular, the leaders who went on to greater career success after being fired did several things that those whose careers foundered did not do. A Harvard Business Review article highlights details from the book; they note that these resilient leaders:

Looked facts in the face . . . without shame. They avoided blaming others for their failures, and accepted responsibility for their part. They also were able to articulate what they had learned and how they had changed to avoid duplicating the same mistakes. At the same time, they did not see themselves as humiliated or guilty, but rather projected a sense of confidence, with the understanding that success includes some failure and the ensuing learning is a meaningful asset.

Leaned on their professional network to get the next job. The leaders who bounced back after a firing found their next job primarily through reaching out to past co-workers, managers, and customers. They focused on people who had witnessed their skills at work, and seen them deliver on results. They de-emphasized job seeking through executive recruiters who might tend to avoid candidates with a recent issue in their job history.

Relied on their experience. Nearly all of the leaders who quickly found employment after being fired took positions in the industry of their most significant experience. Recommendations for career resilience included seeking experience across multiple industries early in a career to provide more options for future re-employment.